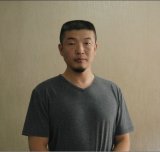 Heilongjiang New Ocean Tech was founded in 2000, and it specialized in animation producing, outsourcing services of animation & game, animation education, animation movie producing, research and development of mobile & online games, and TV program packaging and advertisement planning. As the most influential three dimension animation enterprise in Heilongjiang, we have annual animation quantity of 3000 minutes approximately with the most advanced technology of three-dimension within the country.

Approved by the Ministry of Culture as the National Key Enterprise in 2009.

Supported as One of Support Program for China Original Animation Publication in 2009.

Supported by the Ministry of Culture and Science & Technology in the “Going Out” and “Torch” animation supporting plan.

Honorably named as Key Enterprise in 2012 by the Ministry of Culture.

Awarded as one of Top Ten Cultural Enterprise in 2012 and executive member of council of China Animation Association.

In order to improve the overall ability, we earned ISO9001,CMMI, ISO27001, and license for National Internet Publication.

Liu Yunshan, a member of Politburo Standing Committee, who is also the president of Central School of the CPC and Director of the Secretariat of the CPC Central Committee. Li Changchun, former member of Politburo Standing Committee, Liu Binjie and SunShoushan, the director and deputy director of GAPP, and Cai Wu, the Minister of Culture visited our company, and spoke highly of our outstanding achievements.

So far, we have finished 13 3D animation films with the total volume of 465 episodes and 6000 minutes approximately.